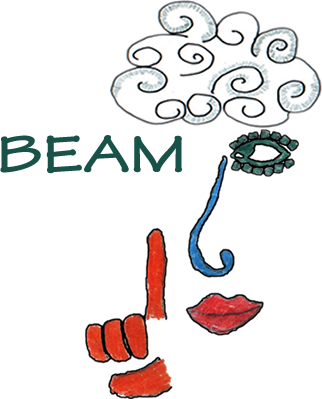 Dr Emma Gowen summarises the findings from a study on motor coordination in autistic adults conducted over the Summer of 2021. The researchers involved in the study were Emma Gowen and Ellen Poliakoff and two Masters students – Adeeba Waheed and Louis Early.

What did we do?

17 autistic adults (5 females, 19-67 yrs) took part in 5 focus groups conducted either through Zoom video or text chat, each lasting 2 hours. Participants were asked a series of semi-structured questions about the type of motor coordination difficulties they experienced, what things affects their motor coordination and how any motor difficulties affect daily life. Focus groups were recorded, transcribed and analysed to obtain themes.

What did we find?

In the third theme “Motor coordination difficulties impact social and emotional wellbeing”, participants expressed how others could often have negative reactions to their clumsiness and in some cases, participants were bullied and excluded.  However, there were some examples where other people were supportive and understanding.  Participants described how coordination issues could lead to feelings of embarrassment, disappointment, frustration and fear.

In the final theme, “multiple learning and coping strategies are employed”, many participants indicated that with practice they could learn new motor skills and improve on existing ones. However, they indicated that this might take a long time and despite practice they would often not achieve the ability of their peers. Participants described numerous practical strategies to help them feel in more control of their coordination ability as well as avoiding certain activities that were challenging.  None of the participants had received specific support for coordination issues

This study has highlighted that motor coordination issues in autistic individuals affects multiple aspects of daily life and social and emotional wellbeing.  It has also provided a number of testable ideas for why coordination difficulties occur in autistic people. These findings can be used to raise the importance of motor coordination in autism during diagnosis and support pathways.

Adeeba and Louis have successfully completed their Masters thesis. Emma will be writing the study into an academic paper and using the findings to support grant applications on coordination in autism. She is also talking to clinicians involved in autism diagnosis and support about the study. To keep updated, please look out for further posts via Autism@Manchester. Also, if you are interested in getting involved/providing advice on future motor coordination projects, please let me know (emma.gowen@manchester.ac.uk).

Finally, a big THANK YOU to all the participants who took part. I really enjoyed every focus group – the discussions were incredibly insightful and have given me motivation to keep trying to get funding for this important topic.

October 2019 – Research into inhibitory control in Parkinson’s now online
Why do some research studies have an upper age limit? Dr Emma Gowen
Sharing knowledge with Autistica