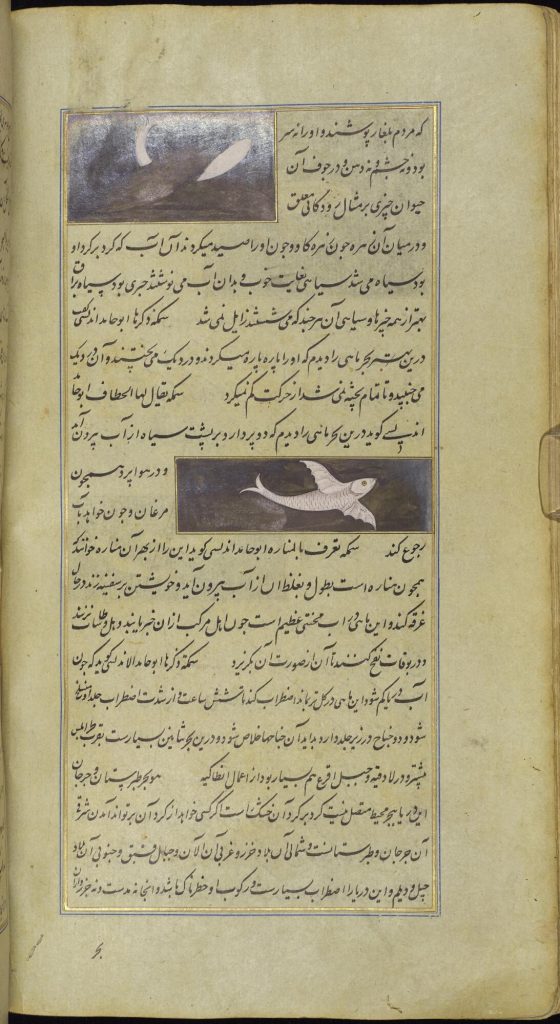 It’s not often that you get to write about a Sylvester Stallone movie and medieval literature in the same paper, but I’ll definitely take the opportunity when it comes! In an article for the journal Translation and Interpreting Studies, I recently wrote about a kind of weird problem in translation: what happens when you actually have no idea what something means, and no way of finding out. In talking about translation, we usually start with the premise that the translator knows what everything means, and that if they don’t, there are ways of doing research to find out (e.g. reading up on tungsten inert-gas welding, or asking a native speaker what a particular idiom means in context). After all, how can you translate something if you don’t know what it means?

There are a few situations, though, where we need ways of thinking about precisely that question. One of them, and this is mainly what I focus on in the article, is when we find ourselves at such a distance from a language and culture that we have simply lost knowledge about what something might mean. By that, I don’t just mean familiarity—we can still know what a quill pen is, for example, even though we don’t have a lot of familiarity with them personally. I mean cases where we simply don’t know what something is or what its significance is. Anthropologists and archeologists come up against this sort of frequently: finding an object and not knowing what it’s for, and it’s sort of a running joke that when they do, they simply announce that it is for ‘ceremonial purposes’. But in translation, we can’t just speculate about what something is; we have to actually write something down as a translation, and then deal either with the idea that we may have made something up, or that the reader won’t know what’s going on (and might think that this means that the translation isn’t any good!).

I started this project with two medieval Celtic ‘things’ that scholars haven’t pinned down: the ‘salmon leap’ from the Old Irish Ulster Cycle and the ‘speckled ox’ from the Middle Welsh poem ‘Preiddeu Annwn’ (the Spoils of Annwn). The first is something that the hero Cú Chulainn does a few times, and we know the words ‘salmon’ and ‘leap’, but we don’t know if there is any actual movement that it’s referring to. The second is something that’s listed in the poem as a way to show how weird a group of people are: ‘They don’t even know about the speckled ox!’ Well, as Craig Davis (who teaches Middle Welsh at the university I went to for my undergrad) says, unfortunately, neither do we.

The salmon leap turned up again unexpectedly while I was doing some research on the ownership of a particular book for an unrelated library special collections project. I had a family name, and so I was trying to find out more about them, when I found a genealogy that included the startling fact that one of the family members could perform the salmon leap, and then it described something that sounds sort of like a kip-up backflip. That started me thinking about the fact that we don’t actually know what kind of movement it was in the Old Irish literature, even though we have an idea that it’s a sort of impressive jumping thing (and that’s how it’s used later on in Scots as well).

I connect this in the article to a philosophical question about how we know what any word means, which was posed by the linguist and philosopher W.V.O. Quine under the name ‘radical translation’. His idea of radical is not about politics, of course, but about how fundamental it is (‘radical’ being a word that etymologically has to do with ‘roots’). I connect this to another concept from translation studies, which is the presence of ‘culturally specific items’, which are things that exist in one culture and are difficult to translate into another language because they don’t exist in that other culture. Usually, we can at least describe or explain the item, talk about why it’s important, and what function it serves. But in a radical sense, we wouldn’t even be able to do that, and this is what I argue is happening in these cases with medieval concepts that we have lost track of.

And then this  connects, in a fascinating way, I think, with what happens in science fiction, where an author has actually invented things that don’t exist in the (non-fictional) culture of the language that they’re writing in. Some of these medieval examples (although not the ox) are effectively science fiction: impossible or made up things that happen to characters in the mythological past. Which means two things. First, sometimes that as long as the main idea gets across (the ‘salmon leap’, whatever it actually looks like, is a really impressive and weird jump), a modern audience might actually understand just as much as a medieval one, because this thing doesn’t actually exist.  And second, that I could explain this with reference to the Sylvester Stallone movie Demolition Man, in which there’s a running joke about the fact that Stallone’s character, who has awoken in the future from cryogenic suspension, doesn’t know how to use the ‘three seashells’ that have replaced toilet paper. Of course, we don’t know either, and because it’s made up, it actually has no meaning apart from its function as a humorous element that helps remind us that this is the future, not the present.

If you want to pursue this further, here are some references.

On the concept of culture-specific items in translation

Tymoczko looks at how the process of translating dead languages is integral to learning them at all (and vice versa), and how this relates to what we know about languages (Chapter 5)

And finally, because it’s unfair to talk about a Sylvester Stallone movie and not provide at least some clips, the main seashell scene: