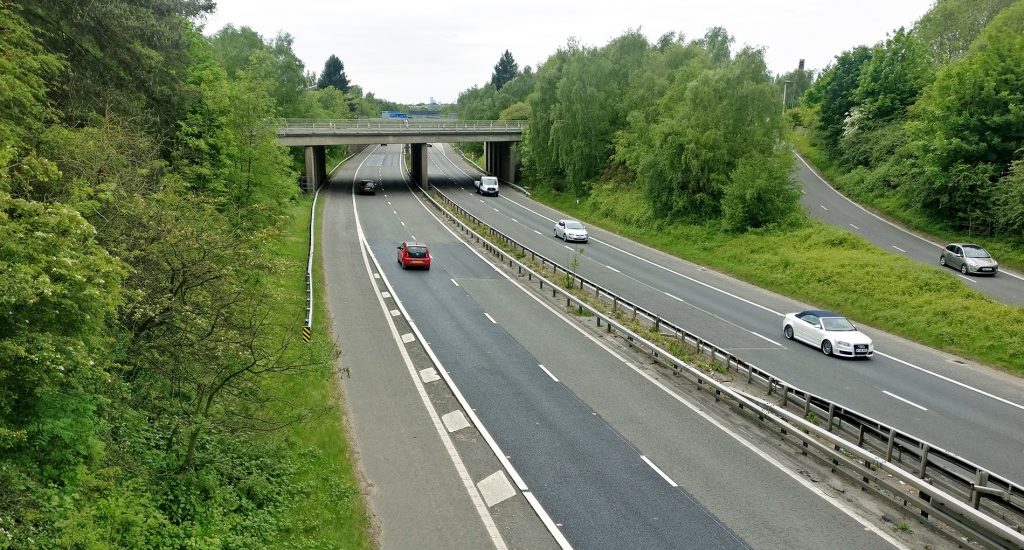 The COVID-19 lockdown has forced us to decentralise work: let’s not go back | Matthew Harrison

One faint silver lining to the very dark cloud of COVID-19 is the positive effect the lockdown has had on the environment. As many employers have been forced to embrace remote working and with the restriction on ‘unnecessary’ travel, the reduction in road use has had a positive effect on air quality and noise pollution, most notably in our urban areas. Many key workers have of course continued to travel into our city centres but another benefit of the lockdown has been to make their journeys quicker, easier and more safe.

Research has shown that working from home is associated with increased job satisfaction, increased productivity and improved job retention (Bloom et al, 2015; Madsen, 2003). I believe there are many more benefits to decentralising some work but first I want to acknowledge some of the potential negatives, although most of the available research primarily considers working from home. Hartig et al (2007) reported that many people working from home found it harder to break away from work and the restorative effects of returning home after work were reduced. Noonan and Glass (2012) found that additional time in the home can exacerbate familial conflicts and Bloom et al (2015) found high levels (25% in one particular study) of reported loneliness.

For many years now, I have been thinking about an alternative to working from home which could bring many workers out of crowded cities, would benefit workers and, I believe, local economies while at the same time avoiding many, if not all, of the issues found with working from home. ‘Satellite’ offices, located in smaller towns and villages could be a neat way of combating at least some of the issues with working from home while keeping many of the positives of remote working and at the same time providing a much-needed boost to run-down town centres.

Workers could drop children off at school on foot and walk or cycle to an office nearby. Time lost to, and stress caused by, the daily commute (not to mention delays in heavy traffic or due to late or cancelled trains and buses) would be greatly reduced: a benefit to the employee, employer and workers who are still travelling into city centres. Local businesses would see increased footfall: with workers buying lunch from local shops and cafes, perhaps shopping in local shops while on breaks or before and after work and meetings or celebrations taking place in local bars and restaurants. The positive effect on the environment of fewer people driving shorter distances to and from work could be huge and permanent. The physical health benefits, with improved air quality and with potentially many more people walking or cycling to work, would also be significant. I also believe the improved work/life balance and the reduction in commuting-related stress would also benefit workers’ mental health.

COVID-19 has highlighted some serious inequalities. People in more deprived areas – including inner-city areas and those along busy arterial roads who are already affected by poor air quality – are more likely to die from Coronavirus than those in more affluent areas. There are a number of reasons for this: people in those communities are more likely to live in cramped housing conditions; are more likely to be exposed at work in key jobs such as cleaning and social care and tend to have more underlying health problems related to poverty.

In addition to the improved air quality associated with a reduction in commuter traffic, some deprived areas would also feel the economic benefits of having office spaces located along their high streets. I believe we would also see some change in the housing market in the longer term. At present, areas which have good transport links to city centres tend to be more expensive to live in than areas less well-served by public transport and good road links. If transport was not such a significant factor in choosing where to live, people might instead decide they can get more for their money – for example a house with a garden rather than one without – in a more affordable area. The reduced demand for previously more ‘desirable’ areas could lead to a fall (or slower rise) in house prices, with rises in other areas.

A further positive side effect could be to bring communities closer together. Like many people, my work takes up the majority of my time and much of my spare time is spent at home looking after my son or doing housework. If you also factor in commuting time, there isn’t much time left to interact with my local community. If I was working locally, I would get to know people working in local businesses, might find myself meeting people I know while on my way to the office. The boost to local economies could also result in more shops, cafes etc which would give locals more reasons to spend time in their communities.

If we consider some of the negatives highlighted above then shared office spaces still enable people to have a work space away from home helping them to differentiate the time and have time away from difficult home environments. Loneliness is also likely to be less of a factor in these spaces compared to working from home as these facilities would be shared workplaces either for workers from one employer or workers from multiple employers. In recent years shared work spaces have been popping up in city centres for small businesses and the self-employed and those connections regularly lead to collaboration or new client-customer relationships. Employers who have an ‘away day’ once per year might decide to bring their workers physically together more frequently for team building and other such activities.

If this idea was to gain traction, city councils and city centre-based businesses may feel uneasy about the effects on them. However, many workers will continue to travel into city centres daily and other workers will continue to travel occasionally for meetings. And with increased leisure time and potentially more disposable income as the costs of commuting are reduced, people might be more likely to travel into the city centre for leisure. Finally, city centre populations have been rapidly increasing in the last two decades so businesses now serve residents far more than they did in the recent past and no longer rely solely on the presence of workers. Residents and workers who are visiting the city centre will benefit from quieter streets and better air quality and businesses will of course adapt.

Approval for such a scheme might depend on an initial injection of funds to set up a number of offices. City regions with devolved powers could lead on this, as they would be able to see the benefit to the wider region. There are 36 towns in Greater Manchester, for example, and many of those would benefit from spreading employment opportunities out across the region. Some devolved city regions have considered congestion charges and introducing city centre tolls could offset the cost of taking over empty shops and offices and fitting them out appropriately. Alternatively, business rates in city centres could be increased, perhaps just for non-essential businesses bringing high numbers of road users into the city.

Decentralising work would be a progressive move which would benefit our climate, our health and our economy. We have seen that, for many types of work, technology has facilitated a relatively smooth transition to remote working. We now have an opportunity to move away from our old unsustainable working arrangements.

With thanks to Dr Alicia Picken for her input.