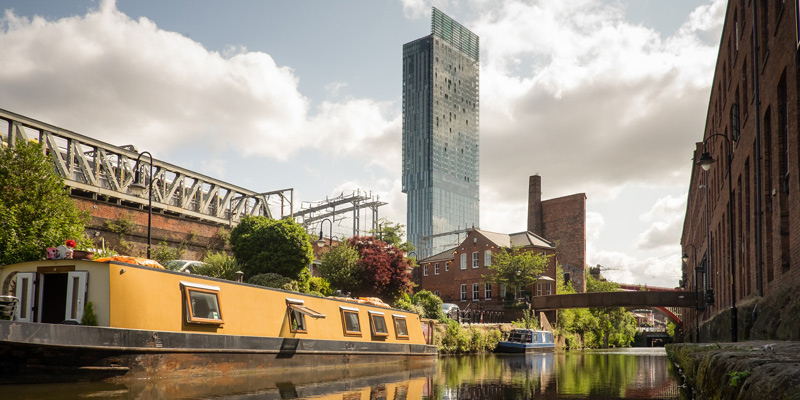 What is the smart city for? Understanding the needs of cities

The term smart cities conjures up futuristic visions of drone-ports and self-driving cars set amongst shiny high-rise buildings and green landscapes. But do such visions reflect the actual needs of cities? In England over half of the £111 billion spent by local authorities in 2016-17 was on education and social care. Adult social care alone cost over £14 billion and represents the fastest growing expenditure for local authorities. Staple concerns of the smart city like transport and energy do not come close in terms of financial liability. Transport accounted for under £4.5 billion of spending by local authorities in England and is falling, while energy will continue to be produced and supplied through the work of power companies and the national grid, albeit not necessarily in a particularly smart way. There is no safety net of private suppliers and national support systems in terms of social care – it is the sole responsibility of local authorities. Smart grids and drone-ports have little to offer cities struggling with exacting budget constraints and growing social care bills. Politicians rightly fear being associated with vanity projects when sections of their constituency are dependent on food banks.

This mismatch between smart city solutions and the actual needs of municipalities has come about by neglecting the actual needs of cities. The irony of this is that the current crop of smart city initiatives obsesses over the need to be driven by ‘real’ problems. Responding to past failures whereby technology was simply foisted upon cities, smart city initiatives now prioritise the involvement of people to understand what they want. The European Commission branded its funding programme (the largest ever in the field) ‘Smart Cities and Communities’ to hammer home the point. While commendable in principle, three problems arise. The first is that the scope of problems that can be addressed is limited by the remit of the funding agency and who is subsequently involved. Most smart city funding in the UK and EU focuses on transport and energy, albeit with an increasing nod to health. This has been the case for over a decade now, with the result that the kinds of organisations involved in the smart city merry-go-round reflect these areas. The second problem is that ‘involving people’ is not straightforward. Three decades of research into public participation suggests that effective and representative public participation at even the local level is resource intensive and hard to achieve. Finally, while the dash to deliver services digitally is well meant, their accessibility to the most vulnerable in society has been less well though through. There is a danger that digital services could actually increase polarisation between populations rather than reduce it.

Overcoming this mismatch requires much greater emphasis on engaging with and understanding the actual needs of municipalities. The priorities of cities largely reflect their financial situation, as well as their citizen’s needs, which essentially involves grappling with ballooning social care bills and trying to raise the revenue base. To gain traction across city halls smart initiatives need to speak to these core priorities. When it comes to engaging people, local democracy is far from perfect but represents an existing system of comprehensive public participation across cities. Councillors are democratically elected and their concerns reflect those of their constituents. Finally, local authorities are keen to improve their knowledge and capability around digital technologies and what these can do in terms of transforming frontline services.

The failure of the smart city agenda to engage with these concerns can be rectified in three ways. The first is to help the technology sector understand the core constraints and requirements of municipalities more effectively. As local authority budgets come under further pressure, the need to realise efficiencies is receiving ever greater attention. One London borough attributed 80% of its recent savings to the use of digital technology, and this represents just the tip of the iceberg in terms of its potential application. For example, it is estimated that local authorities collectively spend nearly £1 billion per year on transport for special educational needs, yet solutions providers are wholly unaware of this market. The second way to respond to the needs of municipalities is to ensure that the scope of smart city funding programmes and training initiatives reflect the entire remit of municipalities, rather than a small sub-set of concerns. This is vital to mainstream smart city approaches across city halls and realise synergies between different sectors. For example, most of the benefits of relieving fuel poverty or increasing active transport relate to savings in social and health care. The final way to respond to the needs of municipalities is to develop smart solutions in contexts that will make them more widely applicable. For example, smarter EV charging posts developed in Scandinavia are of little use to cities struggling with energy and food poverty. This means providing funding and training to cities that aren’t leaders in the smart city field, in order to develop solutions that fit ‘normal’ cities and local authorities that are capable of procuring them.

There is a broader challenge here concerning how to sell these rather more prosaic visions of the smart city to higher level politicians and funding bodies. Fixing social care and developing the digital fluency of local authorities will not produce headlines like a new drone-port. It will do more good for cities and the people living there in the long term though, and in showing how technology can improve lives it may also bring that drone-port about a little sooner.

Urban health and wellbeing: why designing better places benefits us all