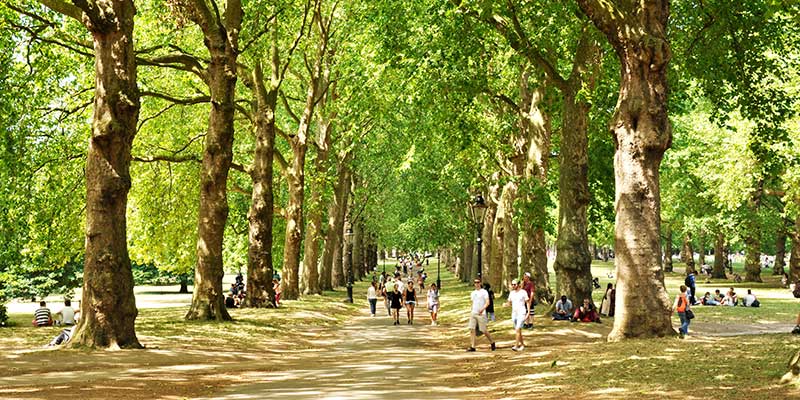 Whose park is it anyway? Social distancing and park users during the Covid-19 pandemic | Ian Mell

How should we react when we see people outside in public spaces or parks when we’re all supposed to be at home self-isolating? When does our daily constitutional exercise turn into a group activity? Who are we allowed to spend time with outside of the home?

Each of these questions has been raised since the 23rd March when people in the UK were asked by the UK government to stay at home to help save lives by limiting the spread of the novel coronavirus COVID-19. However, due to the nature of urban form: living arrangements, population density and working patterns, asking the population to stay indoors indefinitely, is being tested as people struggle to cope with an alternative way of living.

Since the lockdown announcement, the majority of the UK population has adhered effectively to the 2-metre social distancing requests when venturing outside. Yet there are a growing number of instances, spread via social and national media outlets, of people congregating in parks for picnics, playing football and using parks in a normal manner. This has caused consternation for many who see this as a blatant disregard for public health, and for the health of NHS staff and other key workers. In some cases, people may not be thinking about the wider implications of their contact with others, but the reporting of such instances is presented from a binary good/bad perspective that fails to unpack the complexities of use during a pandemic.

However, first things first. Not all runners, walkers, cyclists, dog walkers, sunbathers, or families are flouting the rules on social distancing. Most people are being mindful of others, friendly and polite with it, and leaving the recommended 2-metre gap. However, a small percentage of park users are not. These are the people being demonised in the media. Some people may not care and some people may be showing caution to meet friends although it may be interpreted differently by others. Moreover, people may simply need to be outside with others to alleviate the sense of isolation and fatigue that comes with being indoors, in one place, for the majority of their day. What is clear is that the way we live our lives and the need for contact becomes more pressing when it is limited by law.

Parks and green spaces generally are critical to addressing these health and well-being issues. They help to alleviate stress, anxiety and depression, help our bodies function more effectively, help us to act more compassionately and less aggressively, and to undertake our work and caring responsibilities more effectively. Green spaces also provide the setting for a number of people to use a space simultaneously whilst social distancing, a benefit often overlooked in media reporting. 3000 people in Brockwell Park may seem a lot but the 125-acre site can accommodate it. Each of these factors is important when everyday life has been suspended and replaced by a moderated range of indoor and digital lifestyles. Such a shift, and the pace at which everyone had to adjust, is part of the response concerning how people are using outdoor spaces.

With gyms, schools, cinemas, work, restaurants and bars closed, parks and other green spaces are one of the few places other than our homes we are allowed to go. Therefore, a higher proportion of people are now engaging with nature, which is a benefit to our health and well-being. However, due to the increased mix of users, conflict, especially in terms of perceived spacing, can become complicated. For example, how many of us actually know what 2-metres looks like? In parks, this is amplified as people are sensitive to physical contact so are potentially more conservative with the understanding of space. Add in people running, cycling or walking dogs and you integrate a randomness to the situation that not everyone can appreciate. How fast is a jogger running, will the cyclist slow down, where’s the dog going, and will that couple keep walking abreast or change to single file? It is within these situations that people are losing tolerance with others. Moreover, if we see people sitting on the grass or sunbathing we are becoming predisposed to react negatively as the media has labelled these activities dangerous. If that person is alone and in space are they causing a problem or is it an issue of perception?

As we continue with the lockdown the UK government is proposing more punitive measures to limit contact: no outside use of space for exercise. Local Authorities are already closing play areas in Glasgow and parks in London for fear of spreading Covid-19 further. If this were rolled out nationally it would be a travesty for individuals and for society as it would take away the only access to “outside” that many people have. It will also amplify the sense of isolation by withdrawing normalcy from society. A further impact may be the lowering of the current high value of parks, which are being discussed as “critical infrastructure” as they support social and ecological liveability. The Local Government Secretary, Robert Jenrick on the 18th April stated that ‘people need parks’ and local authorities had a duty to keep them open to keep fit and healthy.

The UK government though continue to view enforced social distancing as a mechanism to better police space using the policing and possible closure of parks as an example. Whilst this approach has merits to central and local government in its totality by limiting use it will not work. People will continue to go outside unless they are to be arrested, and it would be more meaningful to use park rangers, police officers or even trained community volunteers to guide users in their activities than to close parks and lose their benefits. Closures would explicitly limit the access of some parts of society, namely low income and many Black, Asian, and Minority Ethnic (BAME) communities from use. These communities as argued by Dr Meredith Whitten, have more limited access to parks due to inequalities in housing and geographical location. Limiting the use of parks would, therefore, exacerbate the limits placed upon these communities.

As a regular park user and an academic researching the value of green spaces, I see the logic of closing parks to limit any ongoing behaviour deemed to increase the potential risk of spreading COVID-19. However, I also view parks as an essential coping strategy for the current time. Without parks or access to green space, people will become isolated. Zoom or Google Hangout cannot replace fresh air and a 30-minute walk to clear your head. Personally, I need to spend time outside to get some exercise or let the kids run around for 10 minutes – I’m currently missing my tram-walk commute which is part of my daily exercise.

Parks are good for you and people are predominately self-aware of themselves and their surroundings to social distance. People are also realising the value of parks to their health and well-being, as are the government (for now). Shutting parks would make the situation worse, so with consideration for others and if we try and work within the parameters of the rules set for social distancing and group use of green spaces, we can all make use of parks and they can continue to support us through this unprecedented time.

#CreativeInfra: A reflection
Labouring Urban Infrastructures digital magazine
The COVID-19 lockdown has forced us to decentralise work: let's not go back | Matthew Harrison