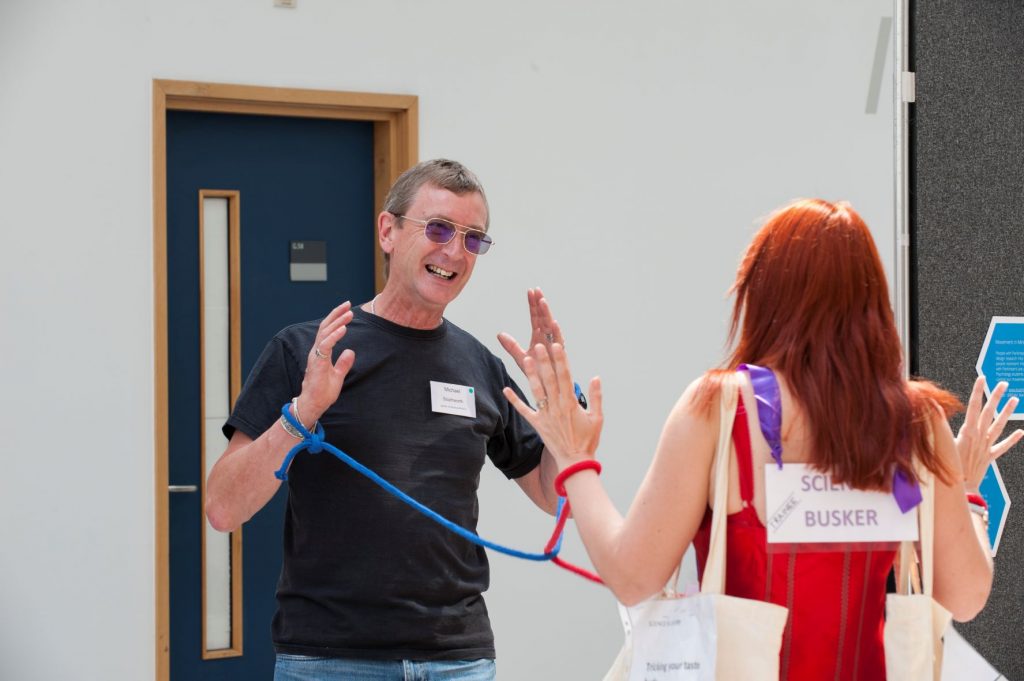 Mike Southworth: What it’s like being a Public Contributor

Public Contributor Mike Southworth has been involved with the University for the last 10 years and is currently a member of the Faculty of Biology, Medicine and Health’s (FBMH) Patient and Public Involvement and Engagement PPIE) Forum. In this blog, Mike discusses what it’s like being a Public Contributor.

So, if someone came to you 10 years ago and said that you would;

as well as a myriad of other things so wonderful, fulfilling and exceptional would you have believed them?

Well for certain, I know I would have walked off in disbelief. But fact is sometimes stranger than fiction and for me, all of this came true and more. So, to paraphrase the famous song lyrics, “how did I get here”… well to be honest it all started with my dear wife who sadly died due to advanced breast cancer.

Shortly afterwards I felt that I wanted to give back to the NHS that had been so wonderful in looking after her. I looked at my local GP surgery first and my doctor said they were in the process of setting up a Patient Participation Group (PPG). I joined and was soon appointed as chairperson! 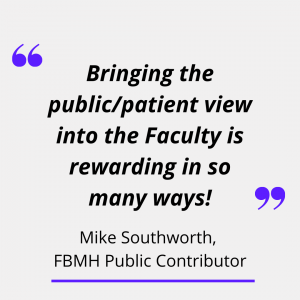 When I moved house, I continued being involved with the PPG activities at my new surgery. This is when my new doctor noticed that I had been involved with lots of other volunteer groups and asked if I would be interested in joining a new group being set up at The University of Manchester. The group was part of the Doubleday Centre for Patient Experience which works to involve members of the public in the medical training of future doctors.

I was interviewed by Professor Robina Shah and Dr Sarah Collins and was appointed as a medical education partner on the spot in 2014. Sarah first involved me with a “Significant Illness” workshop for second year students, where I brought my “talents” of story telling and wide life knowledge to the fore. I never realised the amount of things that I had experienced and just taken on board without realising, let alone that my experience would be of any use to anyone else!

I was soon asked whether I would be interested in being part of the Health and Conduct Committee for the Doubleday Centre. This was around the same time that Sarah asked me to be part of a team to go to Denmark to represent the Medical School for a workshop about communication. After the initial shock I accepted and went to a country I had never been to but really enjoyed, not only for the hospitality but also the fabulous conference and the other people that I met there.

I was also asked on behalf of the Doubleday Centre to be part of the admissions team, interviewing potential students who wanted to study medical degrees. So myself and others from the Centre joined the admissions team, I found it so rewarding knowing that members of the public/patients were taking part of shaping future health care professionals. This led me to meet others from the pool of public/patient arena and other health care professionals. From there I have also been involved with the Dentistry admissions team through their admissions process. 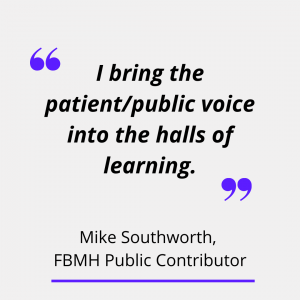 So, what happened next? Well, I’ve been part of numerous workshops including; open days and a health care scientist workshop where we explored listening and story telling. One very important workshop was about gender and how to approach the subject with patients.

More recently I am enrolled in a few committees from Dentistry to the Faculty’s Patient and Public Involvement and Engagement Forum and i’m now taking part in my first research program about Locum Doctors!

As they say the rest is history, but it isn’t! It’s been amazing and interesting and I’m still involved to this day, yes it’s part of my history but never to be forgotten.  I’m now involved as a Public Contributor under a different array of titles but still bringing the patient/public voice into the halls of learning.

Bringing the public/patient view into the Faculty is rewarding in so many ways, so if someone says “you do a lot of volunteering don’t you”, do not shy away from that and engage!

For more information about other PPIE events, training and funding opportunities, you can sign up to our monthly digest, visit our website, follow us on twitter or email srbmh@manchester.ac.uk. For further PPIE resources, visit the Faculty’s PPIE Toolkit.