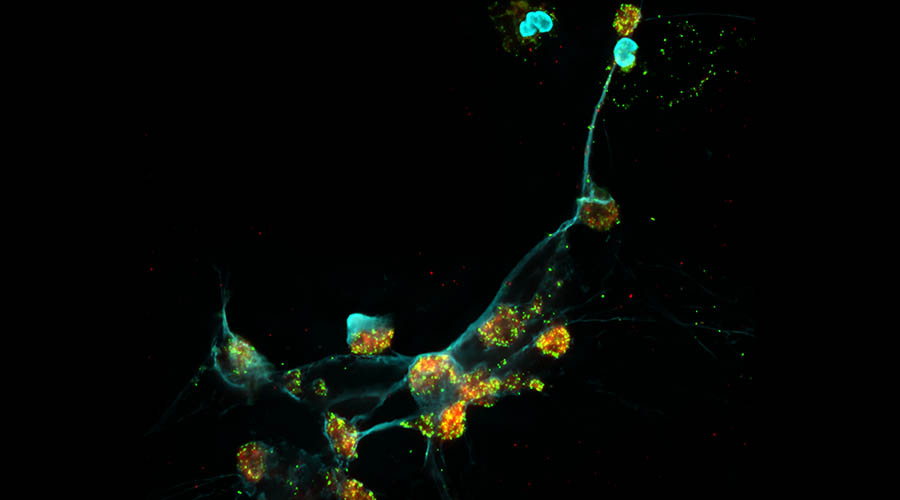 Systemic Lupus Erythematosus (SLE, or just “lupus”) is an autoimmune disease which can affect any part of the body.  Patients with SLE have a higher risk of developing heart disease. This is partly due problems repairing damaged blood vessels. Myeloid angiogenic cells (MACs), which are found in the blood, have an important role in helping blood vessels repair. The function of these cells is known to be reduced in patients with SLE.

Recently some studies have suggested that low vitamin D may be an important contributor to the development of heart disease. Vitamin D deficiency is common in patients with SLE. In this study we investigated the effects of vitamin D on MACs and how the blood vessels of SLE patients responded when low vitamin D was corrected.

We used a technique called flow-mediated dilatation (FMD) to look at the ability of blood vessels to respond to stress. In SLE patients, treatment of vitamin D deficiency resulted in an improvement in FMD over a 3 month period, whereas there was no change in patients with normal levels of vitamin D. This effect was not related to changes in SLE symptoms/disease activity or other factors such as blood pressure.

Why is this important? What is the benefit to patients?

This is the first study to show that treating low vitamin D in SLE patients can improve blood vessel health. Furthermore we identified that this effect may be due to changes in MAC function and therefore blood vessel repair.