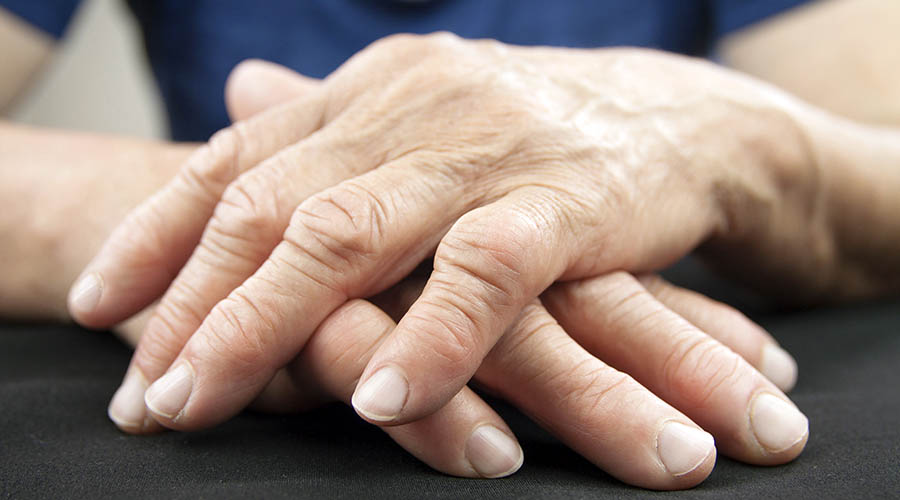 Rheumatoid arthritis (RA) is a chronic disease that is associated with joint inflammation.

Previous studies have shown that, by 20 years after diagnosis, patients reported severe levels of disability and pain, and the disease was associated with premature death.

Furthermore, over the past 20 years there has been a shift towards treating patients as early as possible after symptom onset.

Early treatment has been demonstrated to be associated with improved disability after five and 10 years of follow-up, as well as lower amounts of joint damage at five years.

Due to the chronic nature of the disease, it is important to assess patients beyond these time frames and also to assess long-term outcome (e.g. disability, death) in this new treatment era.

The benefits of early treatment have yet to be demonstrated to extend beyond 10 years.

Between 1990 and 1994 the Norfolk Arthritis Register (NOAR) recruited patients who had two or more swollen joints lasting for four or more weeks and followed them, at regular intervals, for up to twenty years. This study included 602 patients with RA.

At each assessment patients reported their symptoms, the medications they were taking and completed the British version of the Health Assessment Questionnaire, a measure of disability.

A research nurse examined the joints for swelling and tenderness, measures of disease activity.

The Office for National Statistics informed the research team when patients from NOAR died.

The disease activity and disability of patients were calculated over the course of twenty years.

Patients were divided into three groups:

The disability and risk of death were compared between the three treatment groups.

Over the course of 20 years, the average disease activity of patients was high at their first assessment, but then dropped and was relatively low throughout the rest of follow-up.

Average disability started at a moderate level and then fell over the first few years of the study.

However by the seventh year after patients entered the study, the average level of disability was higher than at the first assessment and this average disability continued to rise.

Patients after 20 years of follow-up had greater average disability than when they first entered the study.

After adjusting for the different average severity of disease between the treatment groups there was no difference in the risk of death between the groups. However, after adjustment, patients who were treated early had similar levels of disability over twenty years compared to patients who doctors judged as not requiring treatment.

Patients who were treated later had higher levels of disability over 20 years compared to the no treatment group.

Why is this study important?

This is one of the first studies to report the course of disease of patients with RA over 20 years in recent times. This gives patients and doctors an idea of what they may expect into the long-term following symptom onset.

Compared with studies conducted some decades ago, it appears that the disability and mortality of RA patients are lower now than they were in the past.

Furthermore, this study demonstrates the importance of treating patients early, as patients who received early treatment had similar disability to patients who did not require treatment.

In other words, patients who received early treatment may move onto a similar disease course to patients who had less severe disease and so were not given treatment.

Gwinnutt, J. et al. (2017). The 20 year outcome and association between early treatment and mortality and disability in an inception cohort of patients with rheumatoid arthritis: results from the Norfolk Arthritis Register. Arthritis Rheumatol, 20 April 2017 [E-pub Ahead of Print] PMID:28425173| DOI:10.1002/art.40090