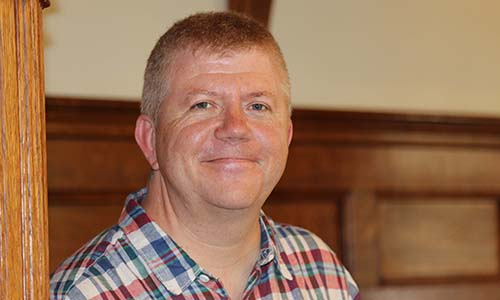 *This blog originally featured on WONKHE on 19 April 2020*

Andy Westwood, Vice Dean for Social Responsibility in the Faculty of Humanities sets out the not-insignificant challenges that the government now faces in deciding what it wants from universities after the pandemic.

The RSA has been running a series of events, podcasts and blogs under the heading “Building Bridges to the Future”. It is a set of ideas and arguments about what kind of world we might see emerge after the Covid-19 crisis and more prosaically, how we might get from here to there. In one blog, Matthew Taylor sets out three broad stages in that process from the immediate crisis, then through a transitional period and finally to “the emergence of a new normal”.

The new normal
It provides a useful framework with which to think about higher education, from how it is coping now, what might happen to manage the effects of the crisis in the medium term and finally what the sector might look like on the other side. It’s important now because the impact of the crisis and the need for action is becoming clear. According to the OBR, education may be the hardest hit sector as GDP plummets by around 35% in the second quarter of 2020.

Universities UK has also made its assessment of the impact and submitted a request to the Treasury for financial assistance. It includes recommendations for increasing QR funding and for temporarily managing undergraduate numbers for 2020/21. It also asks for longer-term funds for restructuring provision when the crisis is over. This is the vice chancellor’s pitch for “a new normal”. But as the government decides what kind of bailout is appropriate, it will also want to decide how it can help form “a bridge to the future” of higher education that it wants to see.

So in response to requests for financial support from universities, the government will want to do three things. First, it will endeavour to understand the exact nature of the scale and impact – on students, on institutions and the sector as whole. Second, it will consider what measures will be necessary to get students and institutions through the crisis. This is where ministers and officials currently find themselves – working out what will “stabilise” the sector in the short to medium term and how much it might cost. But third – and concurrently – they should also be thinking about longer-term objectives for higher education and how any interventions are best designed to support them.

The government lifecycle
Covid-19 has hit this government very early in its life – less than three months after the General Election in December. This is before too much detailed thinking about the future of the sector had taken place. As in many other policy areas, government was at the beginning of such detailed planning – a series of green and white papers were in the pipeline, as were civil service reforms and broader priorities for reshaping the economy and society. In three months, it had “got Brexit done”, reshuffled ministers and just about managed to put out a budget albeit one dominated by the (then) coming pandemic. But at that point pretty much everything stopped.

How will Covid-19 affect these partly formed ideas? What should we now do more or less of in the future? What are our priorities and what can we afford? The government will have to pay for the crisis – whatever it takes. A short term drop in GDP of between 20-30% increases unemployment and other social costs and drastically reduces tax receipts before short term measures of NHS spending, business support etc are factored in. The fiscal rules are in tatters, the Spending Review is up in the air and any assumptions about tax rates and spending levels have been blown wide open.

However, it is reasonable to assume that higher education will continue to be a policy priority as universities remain critical to so many forward-looking agendas even if many of the detailed decisions remain unresolved. From a formal response to the Augar Review and tackling “low-quality” degrees to boosting FE and technical education and the civic and regional agendas, the ideas have been flagged up not fully developed. The same goes for R&D where even though targets have been reaffirmed and ambitious funding plans set out, precise details including for the UK DARPA remain unclear. Added to these are the postponed REF, TEF and KEF. They can no longer slip through on previous designs and timetables and must now be delayed to a time when government has new priorities.

Objective 1
Universities and a new framework for increasing R&D – that’s not just more spending overall but a better sense of what/where the priorities for new funds will be. R&D must be linked to a post-Brexit and post Covid-19 economic strategy. In time this requires a redefinition of excellence, including clearer incentives for practical, applied R&D alongside fundamental, blue skies research.

Objective 2
A long term vision for teaching, learning and student numbers – this must include decisions about overall numbers (and controls) as well as consideration of whether student numbers are in the right places and doing the right things. It should also include a new settlement between HE and FE and between degrees and technical qualifications. It must decide what is high and low quality and how to assess this.

Objective 3
A greater relationship between universities and “place” – from (inter and intra) regional inequalities and levelling up to an enhanced civic agenda. This must consider what combinations of 1) and 2) are best delivered in different parts of the country.

If these are reasonable headline objectives then those deciding on any immediate assistance, will need to think hard about how any bailout makes these more likely to be realised in the longer term. What interventions now will best support them? What capacity and expertise is most important to retain? In turn, this leads to a level of policy detail where we some challenges and systemic problems quickly emerge.

1 – How much should government care about universities as whole institutions? Many of the things that the government cares about (and some things that it does not) are wrapped up in institutional sustainability. Not enough people in Whitehall currently understand or care about the economics or activities of the whole university or sector. At the very least this requires improved co-ordination between DfE and BEIS and their funding and regulatory agencies but in the longer term, it should require a better overall system.

2 – Are the balance of interests in higher education optimal? Does the current approach in England best balance the interests of students and institutions (and the state)? If universities are vital to post Covid-19 and post Brexit agendas should we find a better approach?

3 – How should we rethink industrial policy? Government will need to decide how its R&D ambitions relate to and drive industrial strategy – including more consideration for industrial capacity as well as determining what is of strategic importance in/to the UK economy. For example, it would be difficult not to think differently about the strategic importance of life sciences, advanced manufacturing, food supply and communications technology. How should this then relate to R&D spending and to student numbers?

4 – How much will “levelling up” and regional inequality still matter? Most left behind places have underlying economic conditions that make them especially vulnerable in the economic fallout – any interventions or bailouts should not exacerbate regional inequalities but should recognise how universities will drive economic recovery in all parts of the country.

5 – How much competition do you want? Interventions in the medium and long term need to think about what level of competition is optimal – N.B. this is not just between institutions, but between sectors, places, types of qualification, mode of attendance, types of student. Unintended competition and collateral damage eg FE, L4/5, PT and lifelong learning are particular issues. It would be best if interventions did not make these problems worse.

6 – How much does government care about cross-subsidy? Short and long term funding decisions should avoid new incentives for cross-subsidy or “opaquery”. The government should try it’s best to reinforce/support priorities rather than using student numbers or research funding to plug gaps in other areas.

7 – What does financial sustainability look like in the future? What are the government’s assumptions about what a new normal looks like? Right now that looks unlikely to be anything close to the sector’s recent experience. The government must have its own planning assumptions about future finances for the sector and for institutions. As an example, if this is roughly at 75/80% of anticipated annual income (factoring in possible decline in both public and private revenues) then bailouts or stabilisation must make this transition a priority. How are finances restructured over a longer-term and what role should the government be playing?

8 – Is the policy architecture’ right? Government must think about the design, powers and focus of its funding and regulatory bodies. Are they pointing institutions and students in the direction you want? If not can they adapt? New forms may need to follow new functions.

Reorganisations
Some significant questions lie in the organisations that sit between government and the sector. They must be fit for a new purpose. The recent Act and the Office for Students were born in a different time. Before the EU referendum even. The regime already feels out of date with the wrong powers, wrong tone and a set of objectives that look out of balance with the new world.

Why would you care more about competition than, for example, an institution having the capacity and commitment to rebuilding a left-behind town, city or region? Or about an institution with facilities and expertise to design and build ventilators? Or that set up a brand new hospital in its car park? The new world Is likely to require more direction, more intervention and more strategic capacity. It will probably require less focus on competition and regulatory compliance and less distance between agencies and institutions.

For institutions, it will require an acceptance that the state will act differently. It will also require thinking and acting differently as institutions. This will likely involve significantly lower levels of income. It seems sensible to anticipate and plan on the basis of a fairly drastic reduction. We all hope – as the OBR and IMF suggest – that recovery could be more rapid than from previous shocks.

But even the most positive forecasts will leave us with holes in government finances, falling tax receipts and dramatically increased levels of borrowing and spending. So it would seem prudent to consider longer-term institutional and sector strategies with significantly reduced income (whether from the state or from private sources such as international students). Then what does 75-80% of former levels of income mean for a university? What courses or modules are to be dropped? Which areas of research capacity and expertise are prioritised? What commercial activities are started and stopped? The answers must be responsible – institutions should not act purely in their own self-interest but with a wider societal focus. Universities should aim to take both the public and government with them in the decisions that they make.

Not everyone will agree with this list of broad objectives. There will also be a wide range of opinions about the questions and choices that follow. But the most important task now for universities is to get to the other side of this crisis. It is the government’s job to help them do so. But it is also reasonable for government to act in a way today that enables them to better achieve their own long term objectives for the sector and for the wider economy and society. To do that they need a clearer idea of how different universities can help to achieve these long term goals even if the future isn’t going to be quite what as any of us expected. We will all have to do things differently.