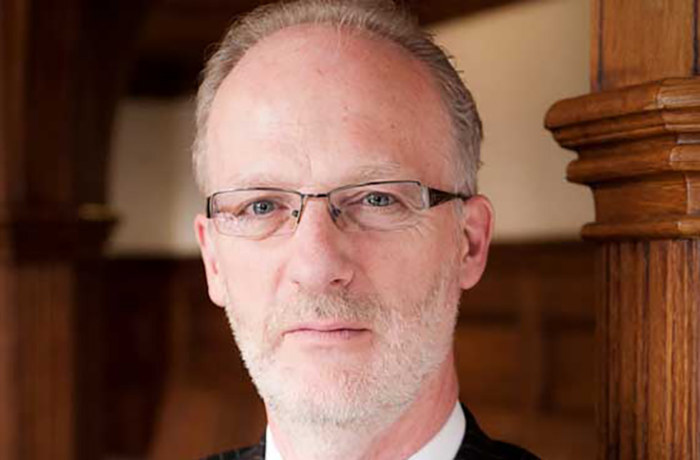 I would like to spend some time on one particular issue that appears to have gained traction within the sector over the last year or so. That is the issue of so-called precarious employment within universities. I’ve been considering writing on this issue for a while, and I’m conscious that with the current industrial action this could be seen as provocative. That is not my intention, rather I hope to engage in the debate and clarify some of the issues. I have a specific view which is wholly based on my own experience and the evidence I see as Vice-President and Dean of the Faculty of Humanities.

Another opinion is represented by one of our own Professors, Steve Jones, who wrote about precarious employment in The Guardian last month. You can read his views under the provocative title ‘UK academics must stand up to stop universities becoming sweatshops’. Really? I doubt if many of us have ever seen the inside of a sweatshop, far less come close to working in one. As a student I worked on the floor of a very hot steel rolling mill and sweat there meant exactly that. Steve assures me the headline was imposed by an editor keen to grab readers’ attention and he agrees that it is not very helpful so on that we have a consensus. In fact, Steve and I have had a number of very useful and productive discussions over the years, and I welcome his efforts to encourage debate. However, I happen to think that his substantive argument that universities have adopted a business model that requires a greater use of fixed term contracts is mistaken.

I imagine we can all agree that in the overwhelming majority of cases, it is very difficult to become established in an academic career. It is also true that fixed term contracts have always been an important entry route within the HE sector. Let me start with some personal background. I finished writing up my PhD at the University of Glasgow in the autumn of 1982 and had no job. To save me from taking employment selling door-to-door insurance, the Head of the History Department found enough cash to keep me on as a teaching assistant for six months. It was the first of many short term contracts which saved my academic career. I won a three year Fellowship at St Andrews, but the salary was extremely low and by the end of the first year we, my wife, our new-born child and myself, were so much in debt that we were literally living hand-to-mouth. At this point I nearly quit, but was saved when the funders agreed to a modest increase in my salary. By the time the Fellowship was coming to an end in 1986 I had two children, a crushing mortgage and, given the depressing state of HE in that decade, no career prospects. And then the British Academy rode in with the new BA Post-Doctoral scheme and I was awarded one in its first year of operation. Three years later I faced exactly the same situation and this time it was an Edinburgh Royal Society Fellowship that kept me in the game. Finally, in 1990 I was appointed to a Lectureship at Stirling University, the first new appointment in the History Department since 1972! At the age of thirty-three I had finally made it.

Now I am not saying, ‘There you are, it has always been tough, you have to pay your dues’. No, it was a grim experience, it left very deep scars, and it was intensely worrying and distressing. When I walk into a room you possibly see an old, well-paid, institutionally powerful Vice-President and Dean, but I know that I got there by the skin of my teeth. To this day I cannot say unequivocally that it was worth it. My point is that I get it, starting out on an academic career can be very hard, especially if it involves periods of temporary employment. In some respects I was fortunate but would not wish on anyone what I went through during those eight long years.

Fixed term contracts have long been part of the academic career, but the situation for staff today is so very much better. This is one of the reasons I find the rhetoric around precarious employment difficult to reconcile with what I have seen and support across this Faculty. Terms and conditions for all of us have greatly improved, due to progressive employment legislation and employers realising that you get better results from treating good people well. I regularly sign off requests to extend contracts or convert temporary posts to standard contracts when permanent roles open up. This is often because activity has stabilised, or because staff are doing such a great job that we want to ensure we keep them.

Yet it is unavoidable that we will have some staff on short-term contracts. In the Faculty of Humanities, currently there are a larger than normal number of Professional Services (PS) staff in this situation because of all the uncertainties around role changes associated with the Student Experience Project. That has taken longer than originally planned, hence people have been on these contracts longer than anticipated, but we hope to resolve this in the next few months. I regret that is where we are, but it has been necessary.

We have 77 temporary staff employed primarily to address teaching needs. This happens for a number of reasons. It may be that someone has resigned at short notice and the Department needs time to reflect on what it wants to do in terms of a replacement, a member of staff may be off work for a prolonged illness, it may be that we failed to recruit a suitable candidate but still have to plug the teaching gap, or we may have over-recruited in an area and have to get people in quickly. This last example occurred in the School of Environment, Education and Development (SEED) in the autumn when we recruited five temporary staff, but have since decided to consolidate the higher numbers and are placing those staff on standard contracts. Another example would be the nine posts in Alliance Manchester Business School (AMBS) associated with a fixed term NHS teaching contract and five posts associated with a similar fixed term Teach First contract in SEED. Very occasionally, we deliberately make temporary appointments where there is uncertainty around the likely success of a new degree, but again if the initiative is successful the posts are switched to standard contracts. There are also numbers of individuals who are employed for specific pieces of work where a School faces bulges in work flow, for example marking a set number of dissertations for an agreed price. This is the group of people for whom such an arrangement fits with their own lifestyle or career stage etc.

Another 29 are covering gaps created by individuals who have won fellowships that releases them from normal duties for a period of time, or where a research grant requires very significant portions of their time. A smaller number, 16 in all, are overseas, fractional appointments designed to raise the standards of a local research culture which is a valuable part of our research strategy.

Another 17 staff are covering maternity leave which is an obligation we are happy to meet.
We cannot sensibly build into the workforce planning a number of staff who will provide the anticipated cover across the Faculty – a flying squad of subs, teaching Economics one year and French the next year, is simply not practical.

Finally, as you all know, we employ Teaching Assistants, the vast majority of whom are PGR students. This is done within fair and agreed terms and conditions and is beneficial to the students who earn additional income and gain valuable work experience.

Please let us keep some perspective on our working environment. We work in an incredibly supportive institution and, notwithstanding all the pressures we face, academics still have great freedom to choose how to spend our time. We have a dispute about pensions and there is the usual round of pay talks, but The University of Manchester is not an exploitative employer that engineers precarious employment to suit its business model. We have an outstanding record in converting people to standard contracts where possible, and we treat those on temporary contracts with dignity and respect.

Professor Keith Brown, Vice-President and Dean of the Faculty of Humanities