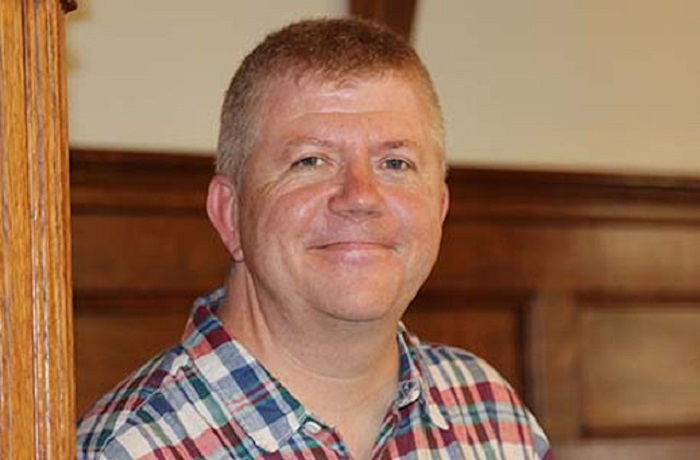 Andy Westwood: The government has massive choices to make on Budget day

“To govern is to choose” said Nigel Lawson, the former Conservative Chancellor. And this Budget is where the government of Boris Johnson really begins and where he must make choices about his real priorities as Prime Minister.

Since he became PM in July last year, his leadership has all been about the poetry of campaigning, playing to the gallery and constant political positioning. And he’s proved to be rather good at all of them. But now the Budget heralds a new phase. Boris Johnson and his new chancellor Rishi Sunak must now begin to govern.

Since the resounding election victory in December and the relatively bloody ministerial reshuffle there have been few announcements or agenda-setting speeches, there have been no green or white papers. But they will come and drafting of plans and ideas is underway. The Budget will be the most important signal for each of them. It is the main policy lever showing how you intend to govern. What (and who) are your priorities? What (and who) aren’t your priorities? This and the Spending Review in the Autumn must set these out and so choices must be made.

We know there have already been struggles – Sajid Javid deposed before he even delivered a Budget. After his sacking he claimed that his Budget would have delivered a 2p cut in income tax. Popular as that might have been with some parts of the Conservative Party it seems a highly unlikely scenario – and even less so the closer we get to Budget Day.

For this is a Budget that must raise funds and then decide how best to spend them. Javid did at least one service for No 10 by relaxing the fiscal rules for capital investment allowing some £100bn or so to spend on transport, buildings and infrastructure etc. His successor Rishi Sunak must now find a way to relax the rules on day to day spending if he is to find any spare resources to fulfil manifesto pledges on, amongst other things, nurses, schools, skills and R&D.

The domestic priority is “levelling up” – boosting economic growth, living standards and productivity in the Midlands and the North and especially in the former “red wall” of seats and places now controlled by the Conservatives after Boris’s election victory in December. This won’t be the first time that chancellors have tried to fix productivity or regional inequality – both Brown and Osborne (like Lawson, amongst the longest-serving chancellors) had their attempts but the politics of the referendum and the last election may make this more urgent and with more political support.

And yet Brown and Osborne both left Sunak and Johnson with other legacies. Fiscal rules, debts, deficits and a Treasury that remains powerful and hardly a non-ideological bystander on the economy and public spending. This is one reason why Johnson and his chief adviser Dominic Cummings chose to consolidate power at the centre and to effectively bring No 10 and 11 and the Cabinet Office together as a single political operation. Make no mistake – this is their budget, with their political priorities and their choices.

And they need to find ways of raising money before they can spend it. Every pre-budget punt floated in the last few weeks has faced pushback, mainly from other parts of the Conservative Party; new mansion or property taxes, increased fuel duty, cuts to entrepreneurs tax relief – none will pass easily, exposing the great fault lines of Boris’s Conservative coalition – the traditional, small state, business friendly, low tax, economically liberal party lives on.

Many in it think it was they that really won Brexit and they don’t want the spoils ‘spaffed up the wall’ on the North (or on anything that has a whiff of a big, interventionist government). And no amount of new colleagues from places like Dudley, Bishop Auckland, Blackpool or Bolton will tell them otherwise.

But as a self styled “Brexitty Hezza”, Johnson wants to appeal to both the traditional as well to newer Tory MPs and voters. He and Cummings want to spend money and on things like trains, bridges, hospitals – on nurses, police, on skills and on research and development. Doubling R&D funding and setting up ARPA are supposedly red lines for Dominic Cummings. We can expect to see progress and announcements on both.

But to govern is also to deal with the events that the world throws at you. Whatever sunlit uplands Brexit might offer according to Johnson, Gove, Cummings et al, there is a widespread acceptance that there may be at least some short term costs. Splurging on infrastructure will help cushion these effects as well as any economic slowdown resulting from the spread of the Coronavirus. The latter is also too good an opportunity to miss when explaining why doubling R&D spending is a priority and why leading the world in R&D has benefits broader than just economic development.

So this Budget is likely to be constructed along four big themes: new fiscal rules, enabling more day to day spending, the continuing story of Brexit, its negotiations and opportunities, “levelling up” economic conditions across the country and fighting the Coronavirus.

Last Thursday 5 March Sunak tweeted, “We promised to level up opportunity across the Country. In 6 days time our first budget will start to do just that.” On Sunday, between a packed round of media and broadsheet interviews, he also tweeted to say “it’s 3 days until the Budget that invests in the scientific achievements of the future”. Surely that will include a promise to further boost health research and the development of new vaccines.

There will inevitably be policy detail to scrutinise. He has already promised to review the Treasury Green Book which sets the formulae for government investment. It would be a major surprise if the Dominic Cummings plan for a British ARPA isn’t covered – perhaps also some significant funding for applied research and more institutions in the style of the AMRC. According to The Sunday Telegraph, Sunak also wants to continue Javid’s exploration of what is counted as long term investment. Like Javid, Sunak also talks of the importance of “human capital”, or investing in the training of current and future workers as a way of achieving growth. He is “looking with interest” at work by the ONS which could see current spending on areas such as education and health reclassified as “investment”, allowing him much greater flexibility over spending.

One way or another they must find new resources to underwrite the promises they made in the election campaign. Many more ambitions for more spending have been added since. It adds up to the one central choice that Johnson and Sunak must now make. That is to loosen their rules now because they believe that there is a long term political and economic payoff for doing so. Borrowing more to invest in R&D, infrastructure and growth across the whole country is their big strategic choice. Spending now will also keep the economy ticking over when threats are growing by the day.

Delay is not an option. Nor is a world where everyone in the Conservative Party or the country at large, gets everything that they want. That phase of our politics is coming to an end. The Prime Minister and Chancellor must make their choices and make their play. For as Nigel Lawson went on to say “to appear to be unable to choose is to appear to be unable to govern.”

Andy Westwood: Levelling up the economy post Brexit
Sir Cary Cooper: The seven rules of home working
Andy Westwood: The Skills for Jobs white paper is what happens when policy is made in a vacuum