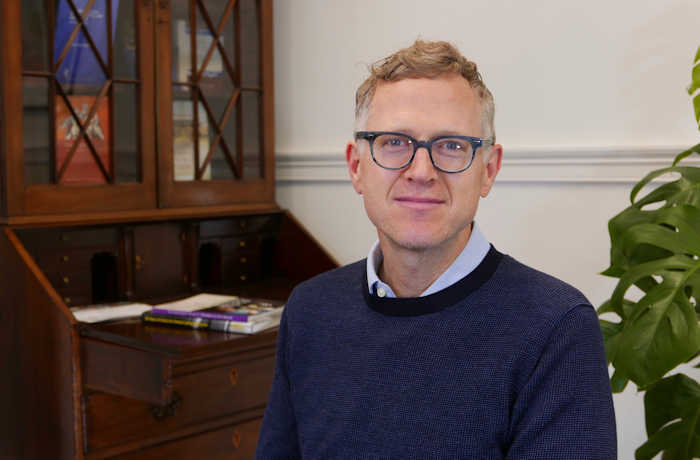 Peter Gries: Pathogens and Prejudice. Will the coronavirus infect our community?

This advice is correct at the time of publication of this news article.  For the latest information, please check Public Health England and the University’s coronavirus website.

Peter Gries, Director of the Manchester China Institute and Professor of Chinese politics at the University discusses how coronavirus is affecting the local community.

The Year of the Rat has not started well. In China, over 10,000 people have been infected by the Coronavirus, and hundreds have died. The US, Australia, and many of China’s East Asian neighbours have barred entry to foreigners who have recently been to China. Three major American airlines have suspended flights to China.

Things don’t look great in the UK either. In London, East Asians report feeling stereotyped as agents of disease, creating a hostile environment for them. In Sheffield, a Chinese student walking towards the University was verbally abused about wearing a mask. Anxiety is high.

Will the coronavirus infect our community here in Manchester?

Fear of contamination
The coronavirus appears to be moderately contagious, but much less deadly than the earlier SARS virus it is often compared to. A medical sociologist has argued that there will be no Zombie Apocalypse, and it will likely be no worse than the common flu. Our best defence is frequent handwashing. Facemasks may add some additional protection, and are certainly not to be feared: they are worn to prevent contagion. They are not a sign of disease.

But will the coronavirus figuratively infect our community? Will we permit it to poison our interactions with each other? Will we allow stereotypes to multiply, and prejudice to flourish? Given that The University of Manchester boasts the largest Chinese student population of any university in Europe, and the city of Manchester is home to the second largest Chinese community in the UK, these are consequential questions.

Fears of contamination can contribute to prejudice and exclusion. We should learn from our past so that we don’t repeat it. And we should mine research in psychology to better understand and combat the link between pathogens and prejudice.

Stereotypes and prejudice
Age old stereotypes of foreigners and immigrants as dirty and diseased are resurfacing, targeting Chinese. On January 27, the Danish newspaper Jyllands-Posten posted a cartoon of the PRC flag with its stars replaced by virus molecules. While the PRC flag is associated with the Chinese Communist Party, the cartoon also links Mainland Chinese to disease. Similarly, the February 1 cover of Der Spiegel featured a Chinese man in a protective air mask and goggles, and is entitled, “Coronavirus: Made in China.”

Prejudice and pathogens are central to xenophobia. Fear of contact with the foreign often contributes to opposition to both international trade and immigration, from 19th Century America to 21st Century Britain. Importantly, xenophobia is often rationalised with arguments about the need to protect our purity from foreign contamination.

In my last book, which explored how ideology divides Americans in their worldviews and foreign policy preferences, I discuss the 1892 political cartoon “Quarantined”. A boat approaches a pier, but a health officer declares, “No, gentlemen, you cannot land here; you have a bad attack of the free-trade plague, and it will take several years to fumigate you properly!” Foreign ships entering New York Harbor had brought cholera with them, and were now to be quarantined. But the cartoon is really about the partisan politics of the 1890 McKinley Tariff and the American debate over protectionism. Note the language of contamination used to support protectionism and exclusion. Foreigners bring the plague, so must be held at arm’s length until decontaminated.

Confronting the coronavirus, we can also learn from studies of the recent SARS and Ebola outbreaks. For instance, during the 2014 Ebola epidemic, a study in Germany found that pre-existing levels of prejudice towards African immigrants were a stronger predictor of mandatory quarantines than actual fear of infection.

In short, let’s all take prudent measures to protect ourselves and each other from the coronavirus. But let’s not let a fear of pathogens contribute to prejudice—or be a post-facto rationalisation for exclusionary behaviours. Let’s all wash our hands of this virus—not of each other.

Peter Gries is the Lee Kai Hung Chair and Director of the Manchester China Institute, and Professor of Chinese politics at the University of Manchester.