Humanitarianism in Practice: research visit to Rwanda and Uganda

In January 2017, I had the pleasure to accompany 24 of our masters’ students to Rwanda and Uganda on a research visit to explore humanitarianism in action. The aim of the visit was to give students from our 3 masters’ pathways fieldwork experience in global health, disaster and post-conflict settings. 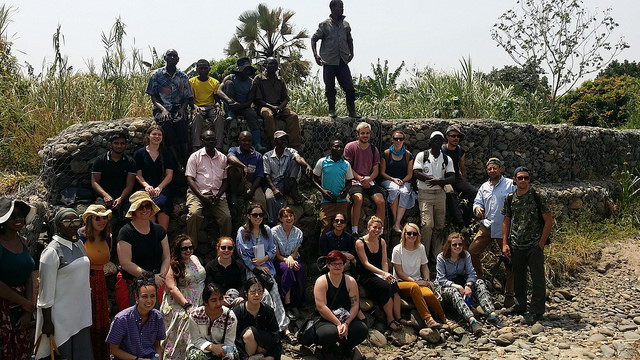 The 10 day visit was jam packed with numerous activities. In Rwanda we visited the memorial sites from the 1994 genocide, interacted with local NGO’s and communities and visited the Gihembe refugee camp.

In Uganda, some of the visits included meeting LADA (Literacy Action and Development Agency), an organisation that promotes HIV awareness and education. We also spoke to locals that were affected by flash flooding in the area, to understand what preventative measures were put in place. Personally, one element of the research trip that spoke out to me was the Genocide Memorial visit.

Visiting the Kigali Genocide Memorial sites had a profound effect upon me and the students. The scale of the violence and the impact it had on its people was disturbing. Witnessing the harrowing stories of murder, and hearing the first-hand accounts of the 1994 genocide truly put into perspective the pain and suffering that so many Tutsi communities (the persecuted group during the genocide) felt. Speaking to the survivors and perpetrator of the violence, one got glimpses of complicated political histories, but also what was being done in order to move forward from the event. 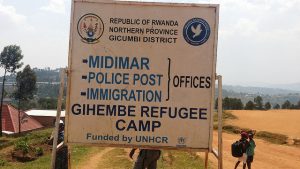 We also visited the church killing sites at Ntarama and Nyamata, where many Tutsis initially Fled to seek refuge, but were eventually massacred. To this day, you can still see the bullet holes and smell the blood of those savagely murdered, many of whom were women and children. Despite the importance of memorialising the genocide and the incredible peacebuilding efforts that have taken place since, the atmosphere was and remains sombre.

It was clear that division and political tensions remain to this date, as we saw at the Gihembe refugee camp, on the Rwandan-Congolese border. Majority of the refugees were internally displaced during the 1994 genocide. Today, they are essentially in a state of limbo, as they are not fully accepted by the Rwandan government, nor the Congolese government. This especially resonated with me on a personal level, as my own family in Somalia were forced to flee during the civil war in 1991. Thankfully we managed to escape to Kenya, and I eventually came to the UK as a child to start a new life. I became acutely aware that not everyone can be so fortunate. 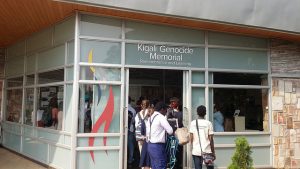 Seeing how so many families have shown resilience whilst living in camps for nearly 2 decades was inspiring to some extent, as they have tried to create some sort of normality whilst living in displacement. Contrastingly, the feeling of temporariness was also resonant, as there is always a risk that the camp could close down, and the cycle of displacement will continue. These issues are currently being witnessed with Dabaab in Kenya, the world’s largest refugee camp And Zatari in Lebanon. It made me think of the countless people who are living in such situations the world over.

The field trip as a whole was eye-opening, informative, and took many of the students and myself out of our comfort zone. In the current socio-political climate, there is much uncertainty, and negativity that often makes the news headlines. However, witnessing the good work that so many local NGOs carried out in Rwanda and Uganda, truly put the ‘human’ in ‘humanitarianism’.

There is also an album of photographs from the research trip.